Two Days To Save Every Fifteen Minutes 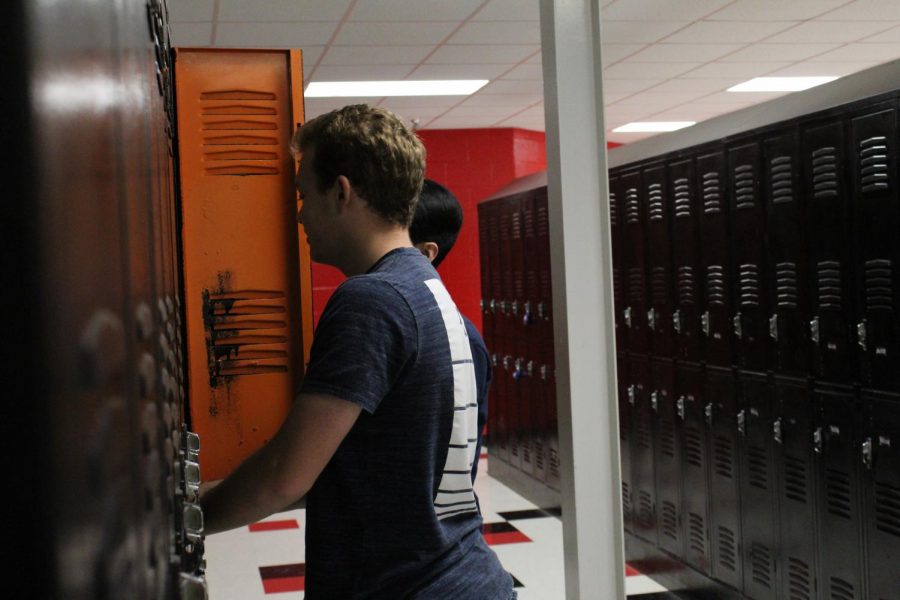 Students Austin Farris, and Ferdinand Ngo at their lockers

In the previous years, Roseville High School participated in an Every Fifteen Minutes Assembly. For their school, it consisted of senior students getting pulled out of class at random to simulate them dying in a car accident. The program itself has a few steps. According to the official Every Fifteen Minutes site students are randomly taken out of class every fifteen minutes, much like at Roseville High School. A officer is then to enter the room and read an obituary written by the “dead” student’s parents. The students then are to return to class as “dead” students who are not allowed to interact with the living students. After lunch, the communities first responders recreate a mock car crash with victims receiving life saving medical treatment, removal from the car via jaws of life, or  jail time for distracted driving. At the end of the day all participants are escorted to a different location for the night, to allow the students separation from their friends and family as there would be if they had been in an accident. The victims are also shown a video of what they would experience in their death before they are to write a letter to their parents stating, “Dear Mom and Dad, every fifteen minutes someone in the United States dies from an alcohol related traffic collision, and today I died. I never had the chance to tell you…….” The next day back at the school the students and parents are to share the letters they wrote to each other in an assembly. There is supposed to be simulations of distracted driving, and driving under the influence of drugs or alcohol. According to the site the purpose of the assembly is to bring to the attention of the students that numerous people will be affected by their bad decisions.

The idea of an “Every Fifteen Minute Assembly” is actually wonderful. What better way of helping students understand the direct impact of their actions than by showing them what could happen? Underage drinking is a problem in which high school students continue to participate , and despite the fact it is illegal, many still willingly partake. Underage drinking is not something about which students who willingly disobey the law will pay attention to a lecture, but pulling students out of class and making their classmates listen to their obituaries, and letters to their loved ones is a whole different ball game.

A good portion of schools around the nation already participate in the assembly, and our school should be no exception. As a senior, I know my classmates much better than the administration ever will. That being said, I do not put it past the majority of them to drink and drive. Many high school students, including the freshmen and sophomores, go to parties; that is a well known fact. The teachers know it goes on, I’m sure, because the students talk about it so carelessly. Administration can set up precautions, like project graduation, but parties will still happen. There is no stopping it, just as there was no stopping prohibition. High school students throwing parties is inevitable. However, we can change how they view their actions. I am guilty of thinking that my actions, no matter how small, will not impact those around me. I am a high school student and sometimes the largest acts of selfishness seem very small, but that’s what drinking and driving or texting and driving is. They are both a giant act of selfish behavior. We cannot change the minds of teenagers, but we can show them what their “small” act of selfishness really is. I believe that the Every Fifteen Minutes Assembly would do our student body some good because taking the time to try and influence good behavior is always better than allowing bad behavior to run its course.