I pledge allegiance, but to what? 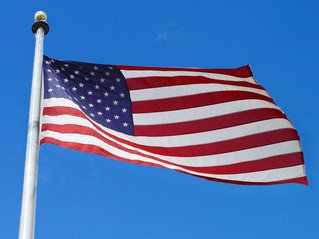 The pledge, repeated often by American schoolchildren, is not examined as often as it should be.

You open up your latest dystopian novel. A guy, or girl, named after a random Latin word is the only one who understands that his or her government is corrupt.

He or she refuses to participate in the nation’s pledge, is taken out by the country’s soldiers, and led to a government base where he or she quickly escapes, finds an underground group of anti-government misfits, and leads a revolution.

While the United States is not exactly this dystopian society, it does have one big thing in common: the pledge.

Nationalism and patriotism have always been at the heart of each and every American citizen. But does it go too far?

Ultimately, no government is perfect; it is very clear in the world now that this statement is accurate.

In America, for example, we can see those expressing that statement by going as far as to kneel for the national anthem, protest and curse our leadership, and many other things. In a free country, those things are welcome and accepted.

However, there is a difference between having pride, or lack thereof, in your country and pledging yourself to a country that has many problems or differences in values than you do.

Even the fact that children in America are indoctrinated to learn and recite the pledge every day in schools is odd. Very few countries around the world participate in this same tradition.

Many foreign exchange students that have come to CCCHS have remarked on the weird tradition themselves, calling it strange or unusual.

As for a more specific example, the pledge offers some problems for most Americans, religious or not.

For Christians, or other religions that I do not claim to know the traditions of, pledging your allegiance to something that is no longer based on Godly values is worrisome and can lead to the wrong priorities.

For non-religious Americans, the inclusion of “under God,” which is no longer viable with the separation of church and state, excludes their beliefs and misrepresents them.

So, even on both sides of the argument, many parts of the pledge no longer illustrate how the country feels, acts, or believes.

Now, the pledge does have good things. Lines like “liberty and justice for all,” “indivisible,” and more do reflect and remind us of our country’s initial values.

But in my opinion, I believe songs like the national anthem are more applicable and less problematic because they acknowledge our history as well as our unity as a nation during times of struggle.

Patriotic songs, sayings, and more can be helpful for providing unity and pride to the country, but the pledge of allegiance specifically is troublesome for the many Americans who are no longer in agreement with the sentiments the pledge holds.

With all of the disunity in America, ultimately a pledge of allegiance won’t change much; a real change comes from compromise, integrity, and hard work from every proud American.